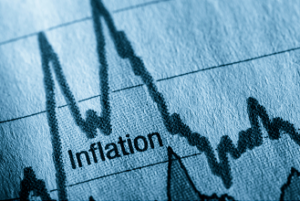 In fall of 2021, Congress was in the midst of trying to pass extensive legislation called the Build Back Better Act to build more infrastructure (both physical and human) and provide additional COVID relief to individuals and businesses, along with several other extensive provisions. The original cost was expected to be several trillion dollars. To offset these costs, extensive changes to the tax code were proposed. Some of those changes included higher income and capital gains rates on higher income individuals, a reduction in the estate tax exemption, the removal of the backdoor Roth IRA contribution provision and numerous other changes expected to impact millions of taxpayers.

As the year-end deadline approached, a much leaner version of the bill was proposed in a compromise created to try to get something passed. Because the cost was much lower, most of the tax provisions added to fund the cost were also able to be removed. However, the votes were not there and the bill died—or so we thought.

The Inflation Reduction Act is a yet again stripped-down version of what used to be the Build Back Better Act. The provisions within are a shell of what the original bill included. Because of that, there will also be no tax impact to most individuals. There were a few changes that will have a mostly positive impact on individuals who are affected. Let’s take a look at what those provisions are:

The provisions that empower Medicare to negotiate prices with drugmakers grabbed all the headlines, but there are also caps on costs that will be gradually phased in over the next few years.

The table below highlights the key changes and the year they will occur: 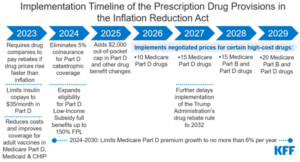 The bill made a number of changes to the corporate tax code. These changes include a 1% excise tax on the fair market value of stock repurchased by publicly traded companies and establishing a 15% alternative minimum tax on book income on both:

b) Foreign-headquartered organizations averaging at least $100 million in revenue over the past three years.

The IRS’ call for additional funds to help it work through its historically large backlog was finally answered. Over $80 billion was allocated for taxpayer services, enforcement, operations support and business systems modernization.

There were numerous clean energy tax credits that were created, extended or expanded, including one for the purchase of certain new or used electric vehicles.

There were several other provisions related to methane emissions, Department of Energy Funding, changes to oil and gas leasing on Federal Lands, energy efficiency funding, climate programs and several others.

The Shakespeare team continuously monitors how these newly implemented provisions may affect our clients. Your advisor is always happy to talk with you and answer questions about your personal financial plan.