Shakespeare Blog: View from the Lake 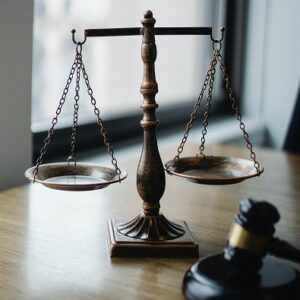 After more than a year of anticipation, Congress passed the SECURE Act 2.0 of 2022. This was included in the Consolidated Appropriations Act of 2023 that was signed into law on December 29, 2022. It arrives nearly three years after its predecessor, the original SECURE Act, was passed. The SECURE Act 2.0 addresses a variety of retirement planning provisions designed to help people save for retirement, allowing them easier access to the funds and delaying the time required withdrawals need to start.

The law includes a long list of new provisions – although few, if any, will impact a wide number of people. However, those that might impact you are important to identify and begin to understand.

Before reviewing the key provisions that were included, it’s important to acknowledge what was left out. No additional guidance was given surrounding the 10-year rule for beneficiaries of inherited retirement accounts, specifically as to when annual distributions are required. However, this is expected to be clarified when the IRS issues final regulations on the original SECURE Act, which is expected to occur in 2023. The law did not include any of the income tax, retirement or estate provisions that were being discussed in late 2021 and early 2022, including: limits on the backdoor Roth IRA contribution or Roth conversions, changes to basis adjustment rules at death, forced distributions from larger retirement accounts, a change to the $10,000 limit for deducting state and local taxes or any changes to income or estate tax rates.

The key provisions highlighted below focus on aspects of the law that are most likely to impact individuals and families. There were a large number of administrative changes that impact retirement plans run by employers. Those are beyond the scope of this summary.

The change that perhaps garnered the most attention in the headlines is the increase in the starting age for RMDs from retirement accounts. The below table shows the new ages for people not yet required to take distributions:

Retirement account owners will be able to delay their first distribution until April 1 of the year following the year they attain the applicable starting age. However, a second distribution would be required prior to the end of that same tax year.

Note that these changes do NOT impact the starting age of 70.5 for qualified charitable distributions (QCDs) from an IRA.

Additionally, starting in 2024, owners of Designated Roth Accounts (i.e. Roth 401(k)) are no longer required to take distributions at their applicable starting age. Anyone already required to do so can stop taking required distributions in 2024.

Starting in 2024, money can be moved from a 529 to a Roth IRA. The following provisions apply:

– The 529 must have been maintained for at least 15 years. It’s anticipated that changing the beneficiary will not reset the clock, but that has yet to be confirmed as of this writing.

– The Roth IRA receiving the funds must be in the name of the beneficiary of the 529 plan.

– The Roth IRA owner must have earned income.

– The transfer must be made directly from the 529 to the Roth IRA.

Changes to Catch Up Contribution Rules

There were numerous changes to the retirement plan catch-up contribution rules, which will increase the amount people are allowed to contribute to these accounts later in life. The key changes include:

Effective for 2023, SEP and SIMPLE IRAs will have a Roth option available. Contributions to these accounts would be considered income in exchange for future withdrawals being tax-free.

Starting in 2024, employees with wages in excess of $145,000 (adjusted for inflation) in the prior year will be required to put their catch-up contributions into a Roth bucket. The catch-up contribution would be considered taxable income to the employee, although withdrawals from the account would be tax-free. If the plan does not have a Roth option and there is at least one employee with wages over $145,000, then no catch-up is allowed for anyone in the plan. Self-employment income will not count towards the $145,000 threshold, as it is not considered to be wages subject to FICA.

Effective immediately for disaster occurring on or after January 26, 2021, retirement plan participants may take a loan from their plan for up to 100% of their vested account balance, capped at $100,000.  Your primary residence must be located within the Federal Disaster area.

There were two notable changes to the QCD rules:

1) The annual $100,000 maximum distribution per IRA owner will be adjusted for inflation beginning in 2024.

2) Starting in 2023, gifts up to a maximum of $50,000 per IRA owner lifetime can be made to charitable remainder trusts (CRUTs and CRATs) and charitable gift annuities. The split interest entity may only be funded by QCDs (cannot be co-mingled with existing entity) and the income beneficiaries are limited to the IRA owner and their spouse. All distributions would be treated as taxable, ordinary income to the income beneficiary.

Additional Access to Retirement Funds in Times of Need

There were numerous provisions in the Act that expanded the use of retirement funds in times of need.  These distributions fall under the “penalty-exception” and would not be assessed the 10% additional tax on early withdrawals. Some of the new exceptions include:

– Effective immediately, distributions can be taken for a terminal illness, defined as an illness that results in death within 84 months. The distribution is repayable for up to three years and applies to both IRAs and employer plans.

– Starting in 2024, victims of domestic abuse, which is broadly defined, can take a distribution of the lesser of $10,000 or 50% of the vested account balance within the 1-year period following the occurrence of the incident. The distribution is repayable for up to three years and applies to both IRAs and employer plans.

– Also in 2024, distributions for emergencies, defined as “unforeseeable or immediate financial needs relating to necessary personal or family emergency expenses” are allowed. Distributions are limited to a maximum of $1,000 per calendar year, but only if one of the following situations applies:

– Starting on December 29, 2025, the lesser of $2,500 or 10% of the vested balance can be withdrawn annually to pay qualified long term care insurance premiums.

Effective in 2023, the penalty on missed RMDs is reduced from 50% to 25%. The penalty is further reduced to 10% if the mistake is fixed during the “correction window”, which starts on the date the tax was imposed and ends on the earliest of when the Notice of Deficiency is mailed, the tax is assessed by the IRS or the last day of the second tax year after the tax is imposed. In the past, the IRS was lenient in forgiving this penalty if corrective action was taken. It will be interesting to see if they continue to waive the penalty altogether or stick to the reduced 25% or 10% threshold.

If you have questions on how the SECURE Act 2.0 might impact your financial planning strategies, please reach out to your Shakespeare Financial Advisor for more information.