Shakespeare Blog: View from the Lake

Picking up from Part 1 of this blog series, Curt and Cheri are now in their 40’s and had been clients for a few years. Just as they thought everything was settling down into a consistent and a stable pattern…’life happened’. 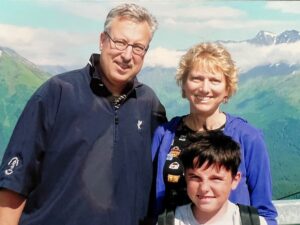 Curt’s hard work and night school MBA helped further his career working for a large manufacturing company. He earned several promotions throughout his 40’s and 50’s, which lead to increases in base salary, larger bonuses and ultimately qualifying to receive stock options. The company that Curt worked for merged with a larger competitor which created additional career opportunities and planning issues. One opportunity that emanated from the merger was a promotion for Curt, which necessitated a move to Cleveland. After a few years in Cleveland, Curt was offered a buyout package by his company and took a new job.

Cheri’s work as a nurse continued through the late 1990’s, and included a job change along the way. Establishing a strong relationship with Curt and Cheri before some of life’s curveballs, helped provide a foundation to navigate these decisions.

As each of their careers grew, so too did their cash flow and ability to save and invest. The focus during this time continued to be around saving, budgeting and retirement planning. Our meetings included many discussions weighing the pros and cons of these decisions and adjusting their financial plan with each job change and promotion.

Cheri’s job change necessitated a review of her new 403b investment options, as well as an understanding of new Group Life and Group Disability Insurance. We facilitated the rollover of her old 403b account into her IRA and managed those assets according to their goals.

Curt also had new corporate benefits once his company merged with a competitor, and we needed to review and incorporate those benefits into their plan. As Curt began to earn stock options, we needed to learn more about this lucrative benefit and how it would impact their financial plan. Stock options are a complex component to a financial plan in terms of anticipating future grants and their impact, as well as the tax implications with this benefit. After the company merger, the new company terminated Curt’s Defined Benefit Pension Plan and we helped him determine which distribution option was best for their situation. When Curt was promoted and the family moved to Cleveland, there were various issues that needed to be addressed in terms of selling their current home and purchasing a new home. Although the company paid for their move, there were miscellaneous expenses we helped them anticipate. The buyout package Curt was offered with his new job required lots of planning. In addition to his new salary and benefits, we helped him rollover his old 401k into his IRA during this incredibly busy time.

Tax planning was a constant part of our discussions during this time period. Dealing with their growing income, taxation of stock options and addressing the tax issues when moving from Wisconsin to Ohio were just a few of the tax issues we helped navigate. 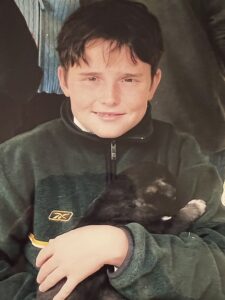 From all the years working on her feet, Cheri was beginning to have neck and back problems that resulted in major spinal fusion surgery in 2000. She was diagnosed with cancer in 2004 and went through difficult treatment of chemotherapy and radiation. Additional health issues continued to pop-up as Cheri entered her 50’s. Between the various health issues, having a very active son who was needing her attention and with Curt traveling more extensively with his job, Cheri decided to stop working and focus her energy entirely on the family. We reviewed their budget and the relatively minor impact to their financial plan, which gave them peace of mind knowing their finances were still in great shape. We consolidated Cheri’s current 403b plan into her IRA, making it easier to track and manage.

Eric had his own health challenges throughout this timeframe. There were some significant out-of-pocket expenses required. Fortunately, their conservative saving habits gave them the ability to pay for these without causing financial hardship. In talking with Curt and Cheri about this blog article, Curt remembered that timeframe as an incredibly challenging one, not only from the standpoint of their family finances, but also the various health challenges within their family. It was interesting and humbling for me to hear how appreciative they were of our guidance during that time.

These various events helped refocus their financial and life goals moving forward. They continued to plan for the future while being more mindful of the present and less focused on material items. 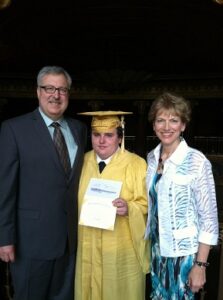 Having met Curt and Cheri in 1993 when they were in their late 30’s, their net worth grew nicely over the next two decades. They were consistent savers, always contributing to their 401k and 403b accounts and saving extra money earned from bonuses and stock options. Although the 1990’s was a great decade for investing, the period of 2000-2002 was incredibly difficult with the stock market down over 50% during a 2½ year period. The second half of this decade was also difficult, with the onset of the financial crisis of 2008-2009. Curt and Cheri, with our encouragement, stayed the course and saw their investments rebound nicely in the next several years as they approached their 60’s.

With our third and final blog, you will see Curt and Cheri return to Wisconsin and write the final chapter in their careers, transitioning into the world of retirement.